Former England international Gary Neville has heaped praises on Tottenham Hotspur striker Harry Kane following his impressive performance in the team’s first group game at the ongoing World Cup. Neville said Kane is the only player that is truly world class in the English setup and that he would get into any other World Cup team. 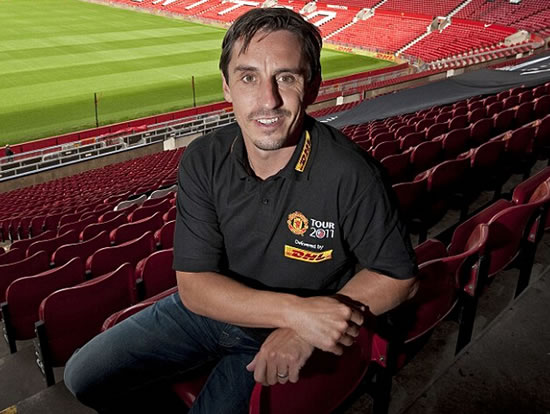 Kane, who netted 41 goals in 48 games for Spurs last season, has been consistently performing in the last three years. There were concerns of being a fluke when he won his first Premier League Golden Boot, but he has consistently proven detractors wrong over time. He would be in any conversation for best natural striker in the world at the moment.

Neville says the biggest clubs in the world would be chasing Kane if the player were available. The 24-year old recently extended with Spurs and is expected to remain in England in the foreseeable future. Neville is backing the player to be a success in Russia if England are to succeed. The Sky Sports pundit also expects Jordan Pickford to be outstanding in between the sticks for England to have a great World Cup.

“World Class for me is defined by the question: would he get into any team in the tournament? I think he would. Other teams would have to find a place for him, he’s that good.”

Neville added that the player’s physique, his consistent performances for club and country would make any club in the world including Real Madrid and Manchester United want him.

The pundit who was part of the coaching staff in Brazil 2014 and France 2016 cautioned the team from attacking like Liverpool where they expend too much energy early on in the game. Neville explained that it has “a knock-on impact” and it was evident in the England opener. He wants the team to be more clinical when they get opportunities and use their possession to break opponents down.