Manchester United are one of many teams battling it out to sign Bayern Munich midfielder CorentinTolissothis summer. The Frenchman is on the transfer list at the Allianz Arena. 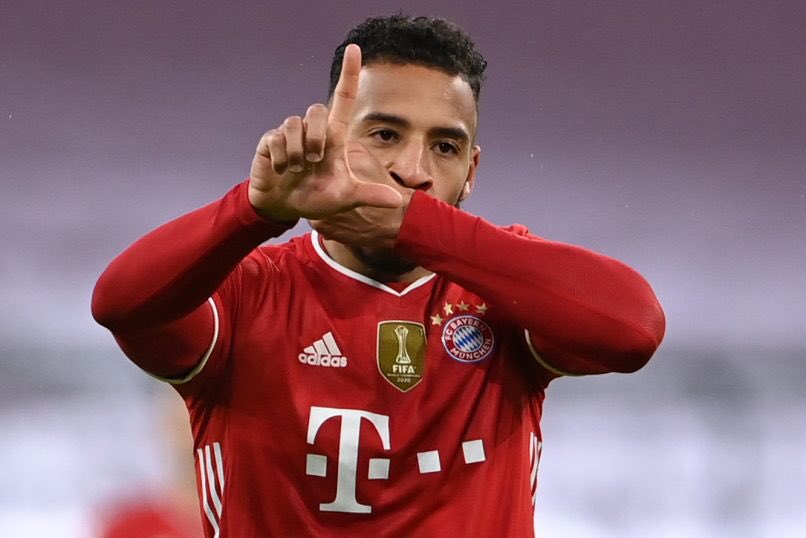 The interest of Manchester United and other challengers for the signature of Tolisso was revealed by French publication L’Equipe. Apart from Manchester United, Premier League teams Arsenal and West Ham United are also eyeing a deal for Tolisso. The two London teams have Manchester United to contend with in the race to sign the French World Cup winner.

Tolisso, 27, was part of the France squad that won the World Cup in Russia three years ago. He was also in the French team that crashed out of the recently finished Euro 2020 tournament at the last 16 stage. France were beaten by Switzerland on penalties in the round of 16 at the tournament.

Bayern Munich have a new manager in Julian Nagelsmann who has moved to the German champions from rivals RB Leipzig this summer. Tolisso is not in the plans of Nagelsmann and Bayern are prepared to sell him for just €10m rather than lose him for free next summer. The Frenchman has one year left on his existing contract with Bayern Munich.

French international Tolisso is a decentmidfielder but the main problem with the player is his injury record. He has featured in 57 games over the last four years in the league.

Nagelsmannis determined to secure the transfer of Austrian international Marcel Sabitzer from his former club. Nagelsmann and Sabitzer worked together at RB Leipzig.

Apart from the trio of Manchester United, West Ham United and Arsenal, Italian Serie A giants Juventus are also interested in the player. The Old Lady want to strengthen their midfield this summer and French national team player Tolisso could be their man for the job.