Two Manchester United players, Eric Bailly and Amad Diallo, have been named in the Ivory Coast squad ahead of this summer’s Olympic Games.Diallo and Bailly are on course to miss the start of the new season after they were named by Ivory Coast for the Tokyo 2020 Olympic Games. 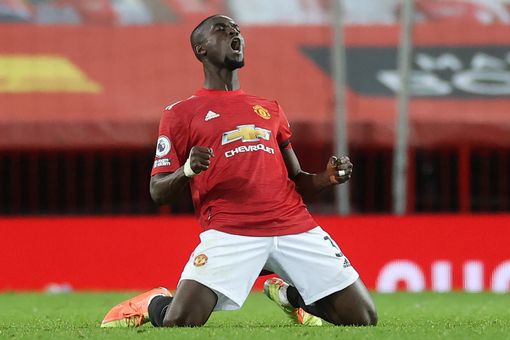 The two Manchester United players made the cut for the Ivorian squad for the football tournament of the 2020 Olympic Games this summer and the club has confirmed that the two players have been called up for national team duty.

Ivory Coast have been drawn in a tricky Group D alongside defending champions Brazil, Saudi Arabia and Germany. The football event at the Tokyo 2020 Olympic Games starts on Wednesday, July 21 and it runs until Friday, August 6.

Centre back Bailly and young attacker Diallo will most likely miss the start of the season if Ivory Coast reach the final stages of the football tournament in Tokyo later this summer. The two players will definitely miss pre-season at Manchester United which starts with an encounter against English Championship outfit Derby County on Sunday, July 18. By the time the Red Devils take on Derby County, Diallo and Bailly would have joined up with the Ivory Coast squad for the Olympics.

Experienced defender Bailly has been at Manchester United since joining the club from Spanish team Villarreal in 2016. He was the first signing of the Jose Mourinho managerial era at Old Trafford. Bailly has been the third choice centre back at Manchester United behind club skipper Harry Maguire and Swedish international Victor Lindelof since current boss Ole Gunnar Solskjaer took charge of the team. For right winger Diallo, he signed for Manchester United from Italian Serie A club Atalanta last year and he didn’t join up with the rest of his teammates until the start of this year.