As the Jose Mourinho era came to an end at Old Trafford, many were pointing to the trophies as evidence of success, at least on some level. 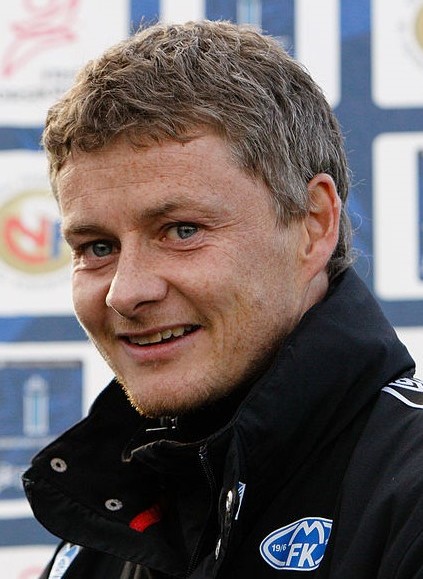 Manchester United, once the dominant force in the English game, had been reduced to citing a League Cup win as evidence of superiority over rivals Liverpool. It was a sad end to their drawn-out demise, which began when Sir Alex Ferguson vacated the manager’s office.

Mourinho’s final months were beset by internal wrangling, arguments over transfer fees and players revolting. Paul Pogba had clearly stopped playing for the Portuguese manager and he wasn’t alone; he was just the most obvious.

Solskjaer had a failed spell as manager of Cardiff City behind him, but his achievements as a player marked him out as a boss the fans could believe in. Eighteen years after he won the Red Devils the Champions League, their fans still sing songs about him. And, if his start in the dugout is anything to go by, that won’t be changing any time soon.

His charges won 11 of his opening 13 fixtures in charge, drawing with Burnley after being 2-0 down and losing to German giants Bayern Munich. In that run, they beat Chelsea and Arsenal away in the FA Cup, a competition they’re second favourites to win on moplay.co.uk, as well as beating Spurs at Wembley. Those are the big matches they would have surely surrendered under Mourinho.

The difference is having a manager who understands the culture of the club; not just the mentality of managing a team but managing Manchester United. Some clubs are more than a collection of 11 players, and as much as it would pain United fans, Liverpool are the same. Jurgen Klopp is a great manager but going into this season, he’s won nothing because he’s learning the club and the Liverpool way.

Solskjaer didn’t need to do that. He’s as much a part of United culture as Bryan Robson, Matt Busby and Eric Cantona. Indeed, the mercurial Frenchman has recently joined calls to give Solskjaer the job permanently, because he understands the club’s soul.

With another former United player at his side, Mike Phelan, the Norwegian has brought respect back to Old Trafford. Their squad is still one of the best in Europe, no matter what the self-professed Special One said in his finals months as boss. Solskjaer isn’t one of Europe’s top managers, but he is an Old Trafford icon.

He’s galvanised a great squad, he’s enthused a huge fan base and by simply being who he is, he’s brought something inherently ‘Manchester United’ back to the club. There’s a feeling that broken pieces are being glued back together, forming something close to a formidable whole Sir Alex left to be smashed apart.

That’s why when this season ends and United haven’t gone over a cliff, on fire or not, he must be given the job permanently.