Liverpool legend-turned-pundit Jamie Carragher believes Jose Mourinho may have to spend an additional £200m on new recruits in order to make Manchester United compete for the Premier League crown. The Red Devils have already spent nearly £400m on new signings since the arrival of Mourinho but they have still looked far off from competing for the title. 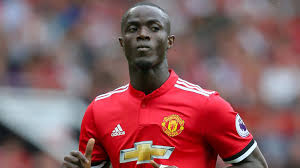 Speaking on Sky Sports News, Carragher was critical about the United squad after they succumbed to a 3-0 home defeat at the hands of Tottenham Hotspur. The Red Devils did manage to show an improvement from the loss at Brighton & Hove Albion but Carragher was nevertheless surprised with their inability to match their opponents in front of their home supporters.

He said: “We saw the side of United tonight where they’re still fighting. The worrying thing is if you’ve got that in a game, and you’re still losing 3-0. There’s a serious lack of quality, if you’ve spent £400m on a squad. How do you lose 3-0? That’s a team that looks like it still needs £200m spent on it. Some of the defenders there. What’s happened at United in terms of buying two £30m centre-backs?”

Mourinho started the Premier League campaign with Eric Bailly and Victor Lindelof at the heart of the defence but that combination could only last for two matches after the duo disappointed during the shock defeat at Brighton. With the result, the Portuguese tactician decided to field Phil Jones and Chris Smalling versus Spurs but the pair likewise could not deliver on the day.

Despite this, Smalling looked lively with a number of key interceptions during the first half and Mourinho confirmed following the game that the Englishman could be the only defender keeping his position from the Spurs clash. United have now lost back-to-back games in the Premier League but they can make amends when they make the trip to Lancashire to face Burnley on Sunday.