All about Manchester United
Menu

Manchester United were in action on Thursday night at Bramall Lane against a Sheffield side who sit at the bottom of the table and battling for survival. The Red Devils, after going down by an early goal from the home side, responded remarkably as the game ended 3-2 in their favor. Of the stars […]

Manchester United have been hit with the news that their top two strikers will miss the make-or-break Champions League clash with German Bundesliga side RB Leipzig in Group H. The Red Devils need to get a result to seal qualification for the next stage of the competition. EdinsonCavani and Anthony Martial are the top […]

Manchester Unitedstriker Edinson Cavani didn’t have the best of ends to the November international break after his dismissal in the game between his beloved Uruguay and Brazil in the early hours of Wednesday. With his team trailing 2-0 at home to Brazil, Cavani received his marching orders for a foul on Everton attacker Richarlison. […]

Manchester United boss Ole Gunnar Solskjaer has said that his club are looking for players, who can provide different qualities. The Red Devils have experienced a quiet summer transfer window and midfielder Donny van de Beek has been their only purchase from Ajax for a reported fee of around £40m. Over the past few […]

Former Manchester United star Dimitar Berbatov believes Scott McTominay needs to put the extra effort in order to reclaim his starting spot. The Scotland international was impressive during the first half of the previous season where he benefitted from injuries to Paul Pogba and Nemanja Matic to cement a regular starting role. However, he […]

Mason Greenwood has been advised by Marcus Rashford not to be influenced by the outside news to keep up his focus on football.He implied him to avoid the negativity as well as praise and focus on his game. After scoring against Bournemouth on Saturday, he became the youngest player to reach 15 goals in a […]

Manchester United should be keeping Paul Pogba on their team as it would be difficult to find a replacement for the player says, Rio Ferdinand. There have been many questions arisenon the form of the player as he was on the sidelines during the initial part ofthe 2019-2020. The player who has suffered an ankle […]

Manchester United isn’t in need of Philippe Coutinho and it’s not very likely that the club to join the race on signing the former Liverpool player according to Dimitar Berbatov. Their current focus is on Paul Pogba and Bruno Fernandes. United in the past years has shown great interest towards the player when he was […]

Diogo Dalot is ready to fight for his position in Manchester Unitedand prove everyone that he deserves the spot. He was transferred from Porto on 2018 for £19 million and has signed a five year deal with the club. When he was signed forManchester United,former manager Jose Mourinho described him as the best full-back in […]

Paul Parker, the former England defender, says that United should be giving more importance to James Maddison than Jack Grealish. Both the players are young and belong to the English national team. They are both promising players but Parker reasons that Maddison will be better for United. Manchester United has brought Bruno Fernandes to the […] 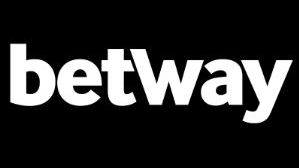