Manchester United winger Jadon Sancho came through the Manchester City Academy before he left the club to join Borussia Dortmund. Manchester City manager Pep Guardiola wanted him to stay but the England international was keen to play first-team football and that prompted him to leave the Citizens for German football. 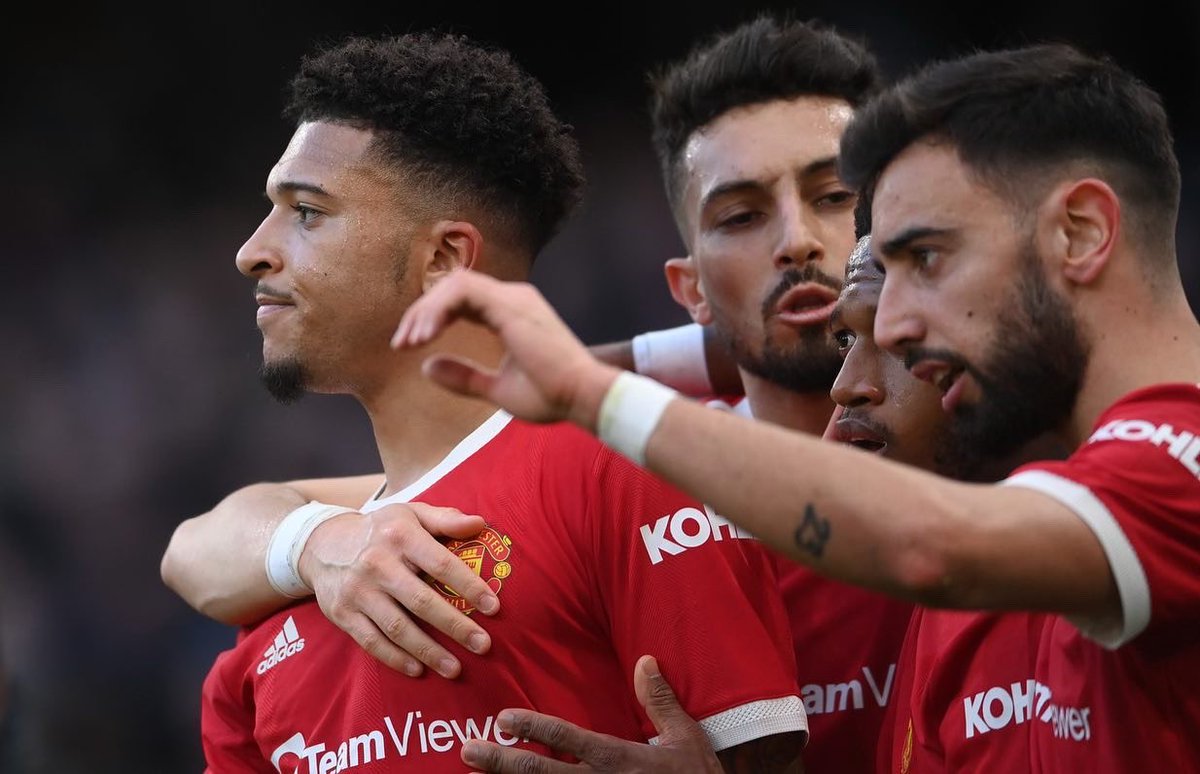 At Borussia Dortmund, Sancho became one of the most sought-after young players in the world of football. After three seasons at Dortmund, Sancho returned to English football to sign for Manchester United in a deal reported to be around €85m.The winger is in his first season at the Theatre of Dreams.

In his first game against Manchester City, Sancho was a second half substitute but he could not stop Manchester United from losing 2-0 at home to the Premier League holders in what was their first league meeting this season. By the time he was introduced in the second half, Manchester City had already established a two-goal lead thanks to the goals from Eric Bailly (own goal) and Bernardo Silva in the first half.

Sancho was able to make his mark in the second league meeting between the two Manchester clubs this season as he scored the only Manchester United goal. The strike was mere consolation after Manchester United lost 4-1 at the home of Manchester City. Sancho scored the United equaliseraround the midway point of the first half to cancel out the fifth minute opener from Manchester City playmaker Kevin De Bruyne. De Bruyne completed his braceas helped City regain the leadsix minutes after the United equaliser. The two goals from De Bruyneensured that City had a slender lead at the end of  the first half. City would go on to take the game away from United completely in the second half through a brace from Algerian star RiyadMahrez.